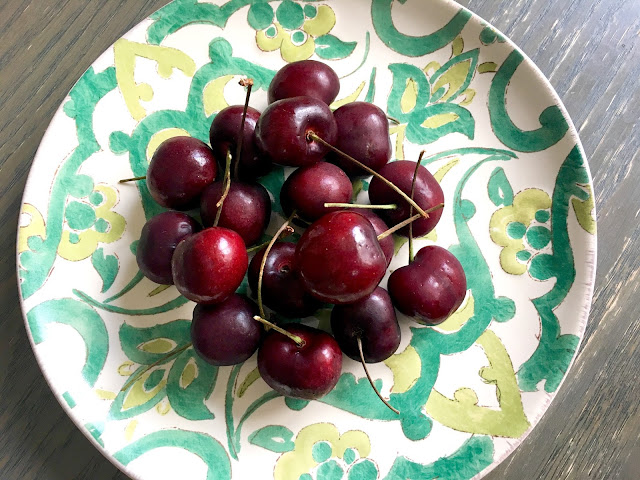 Is there a fruit happier than the bright red cherry? It decorates flirty dresses and bags, tops sundaes, plops in fizzy drinks like the Shirley Temple. And at the same time, is there a fruit more luscious and seemingly forbidden, aching to be popped off of its stem and into your mouth, leaving a wine-dark juicy stain in its wake? I won't get into the cherry as euphemism, but suffice it to say cherries are a beloved fruit, versatile in both sweet and savory preparations, and an absolutely delicious seasonal food. And, bonus: cherries happen to be great for you. 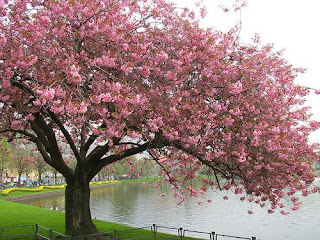 First, a little history. Cherries and cherry trees as we know them are native to the temperate regions of the northern hemisphere, with several species in the U.S., a handful in Europe, and the remainder in Asia. The cultivated cherry (as well as fellow stone fruit, the apricot), is recorded as having been brought to Rome by Lucius Licinius Lucullus from northeastern Anatolia (also known as the Pontus region, or Asia Minor) -- most of modern day Turkey's Asian land, in 72 BC. Today, Turkey is still the number one producer of cherries in the world, with the U.S. as number two, followed by Iran, Italy, and Spain in 3rd, 4th, and 5th positions worldwide. In America, sweet cherries (prunus avium) are grown mostly in the western part of the country -- Washington, Oregon, and California. Tart cherries (prunus cerasus) are grown mostly in Michigan, Utah, and again Washington state. (Anyone who has bought cherries in supermarkets in the U.S. has seen the widespread domination of Washington state cherries -- and rightly so. They're delicious!) 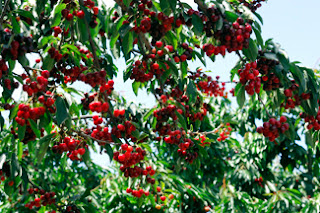 As for nutritional value and benefits, sweet cherries are rich in beta carotene, potassium (a blood pressure reducer), and vitamin C. One serving of sweet cherries (about 1 cup) contains 90 calories and 3 grams of fiber. The catechins and flavanals in cherries contribute to the fruit's healthfulness as well. 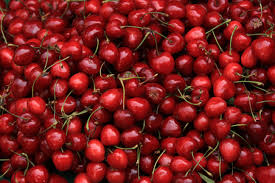 Cherries are rich in anthocyanins and quercetin, bioactive compounds which studies indicate may work in synergy to combat cancer. This power pairing may also prevent some genetic mutations that can lead to cancer, and keep cancerous cells in check -- particularly breast, colon, prostate, and lung cancers. They are also anti-inflammatory, and provide cardiovascular benefits as well as mild fat-burning capabilities. (Note: tart cherries contain these elements but sweet cherries contain three times as many, found in the cherry's skin). And, the riper the better, as darker, ripened cherries contain more antioxidants. 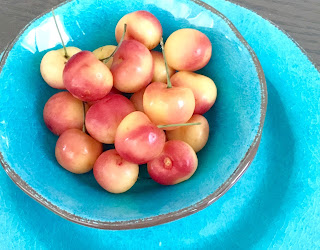 Cherries also help with gout, a form of arthritis caused by an excess of uric acid in the blood which causes inflammation and swelling. Growing research shows that consuming cherries (both sweet and tart), and drinking tart cherry juice, lowers uric acid and inflammation. In the same way, cherries' anti-inflammatory properties ease joint pain as well as muscle soreness. Good news for those watching their sugar intake: cherries have among the lowest glycemic index (22) and glycemic load (3) values of all fruit. And, since tart cherries are rich in melatonin, a compound that regulates the body's natural sleep-wake patterns, the fruit and its juice act as natural sleep aids and improve the quality of that sleep.

Before you drift off to dreamland, though, let's discuss the fun stuff: that is, all the ways in which delicious cherries can be consumed! 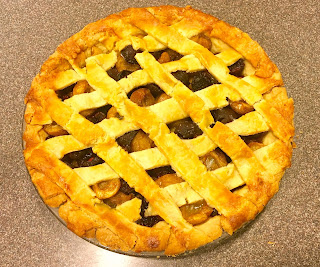 We all know and love cherry pie, which just may be second only to apple as the most American of pies. (The George Washington-cherry tree legend also reinforces the fruit's American appeal). There are many forms of desserts, pies and pastries that are excellent with cherries, including tarts and crostate, cherry clafoutis, black forest cake, and cherries jubilee. But cherries also work wonderfully in savory dishes, sauces, and even cocktails. From the oxblood bing cherries to the yellow-blush Ranier cherries, look for a firm skin without blemishes, and a green stem as a sign of freshness. 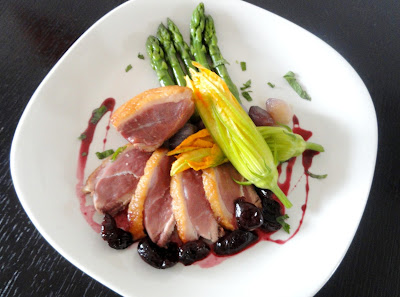 Cherries happen to pair well with meats, and make a wonderful sauce for duck breast, seen here with a cherry port sauce. Cherries add a fruity note to a barbeque sauce in place of the tomato base found in many bbq sauces. Pitted diced cherries also make an interesting base for a salsa. I like to make one with red onions, chopped pistachios, fresh mint and basil, which I pair with grilled meats and sausages in the summertime. 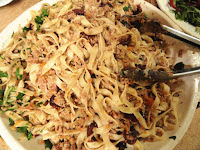 I also make an interesting savory pasta dish with cherries: first I prepare a veal ragu in bianco, meaning there are no tomatoes in this ragu, simply onions/celery/carrots. I cook the the veal ragu for a coupe of hours over low heat, and at the end, while I'm cooking the pasta, I toss in some chopped cherries along with some freshly chopped sage or rosemary, parsley and chives. It may sound strange, but it's one of the best pasta dishes in my repertoire. 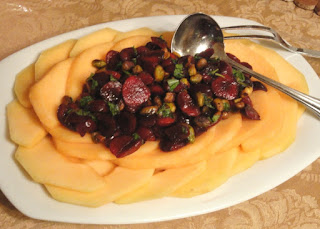 Of course, cherries are great as a plain old fruit, and as a part of fruit salads and plates. Served cold, they pair really well with melons. As for drinks, I love a sour cherry spritzer, because not only are they refreshing, but they're also helpful in regulating my sleep patterns. I love cherries with mint, so they're a natural in a summery mojito. 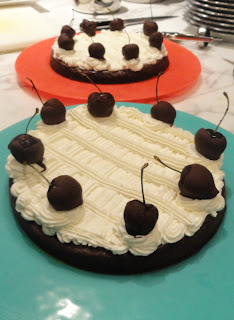 And they also work well with dark liquors, so using cherry syrup or fresh dark cherries smashed with some bourbon or whiskey topped with club soda and a lime is good when you're in the mood for something with a real kick. Kirsch is a cherry liqueur delicious on its own and as a part of many mixed drinks. And of course, the original cocktail fruit was the maraschino cherry, an integral part in many classic cocktails recipes. Finally, let's not forget the beloved chocolate covered cherry. The classic is a cherry set inside a chocolate shell, and when you bite into it, the syrup in which it sets oozes out. I love a good cherry-chocolate pairing, but my preference is for a rich, baked chocolate mousse cake. In my version, a mousse-like chocolate cake batter is baked and then topped with an almond-scented whipped cream, and finished off with dark chocolate-dipped fresh sweet cherries. It's decadent, and dark, and perfectly sinful: just how I like my desserts.
Posted by Dana Klitzberg at Friday, August 05, 2016 No comments: Links to this post